Born in Seoul, South Korea, Jon MacNair grew up in Michigan and developed a great interest in drawing and arts. Later he attended The Maryland Institute College of Art and earned a Bachelors of Fine Art in illustration. Working over varied themes of magic, rituals, and many a bizarre and grotesque things, Jon is creating whimsical artwork dealing with medieval subjects, surrealism, mythology, fairy tales etc. Illustrations of Jon evoke fear and intrigue with their monsters and alien characters. These fearful creatures emerge from strange waters and transport themselves through fanciful means. Most of the artwork of Jon MacNair is in brilliant monochrome but he’s also been working with color and result is more vivid. Here’s more from Jon MacNair about his life and his journey into art:

Please tell us about yourself:

I was born in Seoul, South Korea, was raised in Michigan and currently live in Portland, Oregon. I went to the Maryland Institute College of Art in Baltimore and earned a BFA in Illustration. I currently divide my time between freelance illustration projects and gallery exhibitions. Aside from art, I enjoy cooking, photography and have a deep love of films.

What are the milestones of your journey into art?

It was probably more of an ongoing interest since I was a small child. Making the decision to attend an art college was probably the most important milestone in my journey into art. My life could have gone a lot of different directions at that time.

Is there another activity beside making illustration that you enjoy?

I mainly create drawings, but I also enjoy printmaking (such as lino-cuts).

How do you create your illustrations and how much time does it take on average?

That depends entirely on the size and complexity of the piece. It could be a few hours or a few weeks. My process if pretty basic. First I create small thumbnail sketches, then sketch out the piece in pencil on the final paper, then ink the lines, then add ink washes to create tone and shading.

You seem to be fascinated with all sorts of creatures! Why do they interest you so much?

I’ve always loved animals as well as most things fantastical. It’s the perfect merging of the two.

Is there something that challenges you as an artist?

Just the daily obstacles of any artist… getting past the point where I am staring at a blank piece of paper can be tedious.

Tell us something about your style.

I’m really bad at describing my own style. I’d much rather have other people described it. A lot of people think it is very dark, however I don’t think that is always the case.

What equipment and material do you mostly use?

Tell us about your clients:

What are your future plans and ambitions?

I would love to dabble in other mediums, such as painting, embroidery and 3-dimension mediums at some point. I would also love to publish a book of my artwork in the future. Other than that I will continue to be occupied with freelance illustration projects and gallery exhibitions. I am currently working on a solo show for the end of August and will be participating in a group show in Germany in the fall.

Tell us about your sources of inspiration and favorite stuff:

Two books I would recommend are “Cabinet of Natural Curiosities” by Albertus Seba and “Charley Harper: An Illustrated Life” by Todd Oldham. 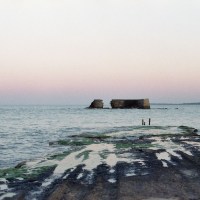 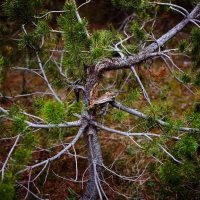