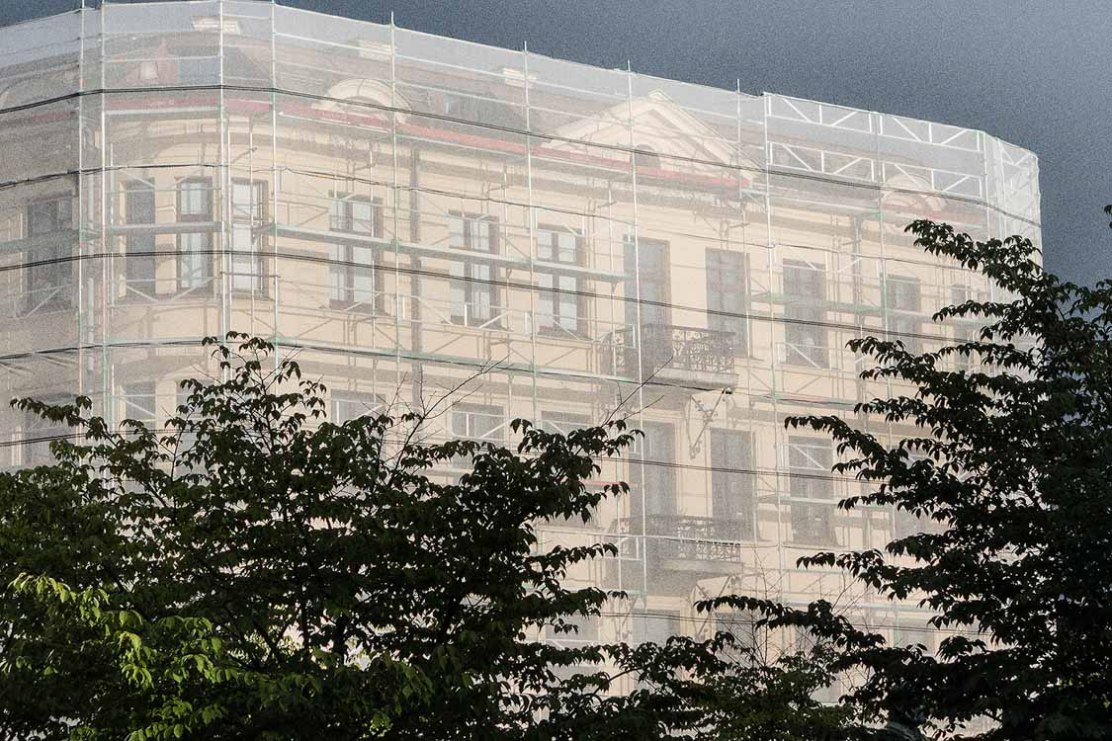 Fredric Nord is a photographer and writer living in Karlstad, Sweden. He enjoys too much coffee and watching dogs run as fast as they can. His work has appeared in Phases Magazine, Phosmag, Mutantspace, Burning House Press and in print via Antler Press. Fredric is currently making new photographs, writing an essay on photography as poetry and constructing a book of photographs & lyrics to be titled Paracosmos. Reading his ‘about’ and his statement is like reaching inside a receptacle and finding something valuable as it has a distinct literary charm and appeal akin to his photography. An elaborate writer himself, reading Fredric’s thoughts on photography is an edifying experience… something a student of photography must take note of.

These images belong to two of his sibling series jointly referred to as “Irresolute Apotheosis”. 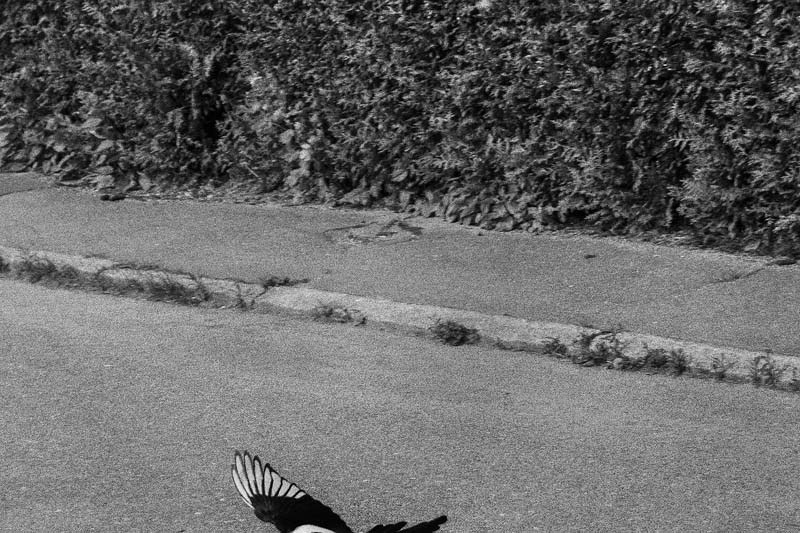 About: I bought a camera on a whim when I was in my early twenties and immediately started to experiment with it. It was a surprise to me because I’d never given photography much thought before that. I was working as a millworker at the time and I had no idea what to do with my life. But as soon as I picked this thing up I knew because it made me creative by association.

And I had never been creative, apart from a strange childhood idea of becoming a writer – I could see before my eyes this desk in front of me in a nice little library, but I had no idea what writing was about. Otherwise I had never thought of the arts in any form as a part of my life. The camera was not magical, of course, but it did make me look at things differently. More than that: I felt (didn’t know then but have realized since) that not only did it change my perspective, but the faculty of seeing made itself known as a creative activity, not just a passive mode of receiving the visual cues of external life. 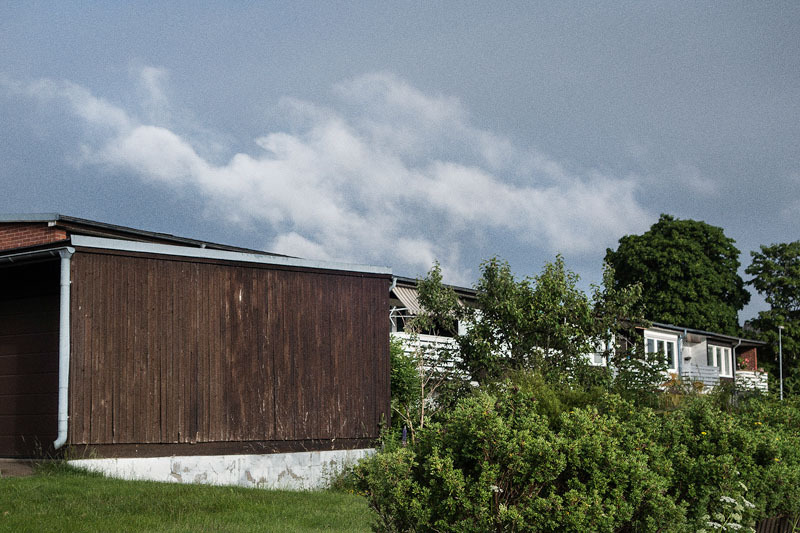 The way my work has evolved is through a lot of experiments, much like those first experiences when I awoke to the creative aspect of seeing: I used to photograph pins on a white table and move them around to see how the image changed. Pathetic images really, but in a sense it represents what I’ve always been doing. I never aspired to show what the world looked like, I was always only interested in showing what images look like. That is why I sometimes (as in ‘always’) exaggerate my stance against representation: it’s become a human habit to focus on ‘what is represented’, but that really isn’t creation but description/translation. Seeing is a joy first. Images may be utilized to serve other purposes but it’s hardly a law of nature that they must be.

So what I’ve done is that I’ve worked my way from b/w film photography – aiming for simple but raw (often crashing into the ‘obvious’); towards more and more ‘far out’ imagery to test the boundaries of what will be read as photography and why (those boundaries are rigid!); and finally, ending up in about the same place from where I once started: using an inexpensive camera (albeit digital), aiming for simple imagery – not raw but ‘exaggeratedly photographic’ – and trying to avoid ‘the obvious’ as best I can. (I use the term ‘obvious’ for a wide variety of aspects, e.g. ‘shortcuts’ in the purpose of drawing attention to the image [as in spectacular]; or that I feel wide angle makes my images look vulgar and ‘trying too hard’; or using too much self- evident beauty, etc.) I generally use those images that I really enjoy but couldn’t explain why. 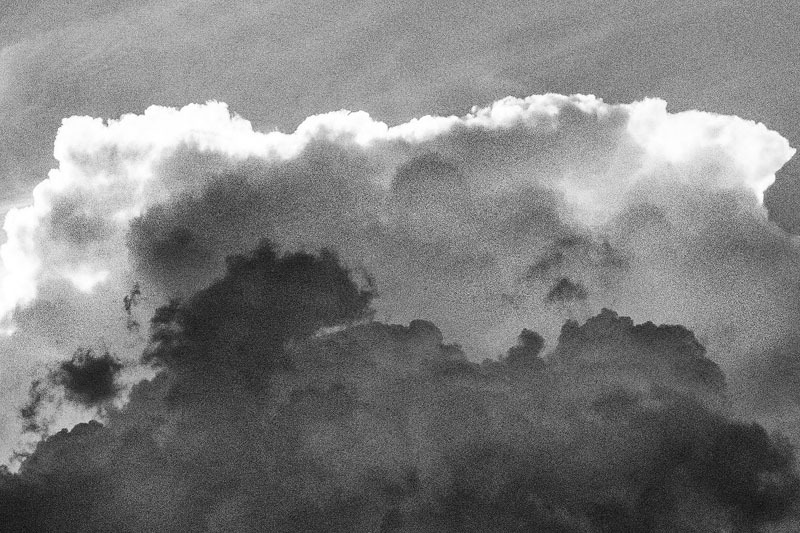 Statement: I would define poetry but it would not survive. And if I could write a statement properly, the work would be obsolete. This text is written only to provide an idea of where my images are coming from.

I have no investment in ’being original, or ’provoking thoughts’, nor do I aim to document a fleeting world, tell stories or capture moments. I have no agenda apart from the work itself, nothing is investigated nor is anything explained or wanting explanation. My sole interest is the fundamental poetry of presence and the visual music of photography. I collect portfolios to be layers of poetry on poetry. The way rings of a tree trunk seems to determine age but really is an expansion in space. Looking at a photograph doesn’t have to be very different from picking up a tree cone, saturated with the warmth of summer sunlight, gently cupping it in your hand.

And the way I see it, any photograph is itself a form of visualized ‘wondering’.

Why would I want to translate that into an intellectual conundrum? It would be like trading an experience for a description of an experience. The description, of course, becomes an experience in its own right, but an entirely different one: the experience of seeing an image is lost to the experience of describing it. In this sense, even having an opinion of an artwork means you didn’t experience it – you rejected it by measuring it against the prejudice of yourself. Or killed it, bluntly put, as an autonomous experience – that is: you turned whatever it had to offer into an aspect of your own personality.

Nothing is really gained by that as life becomes a zero-sum game; no ‘nourishment’ can shine through under those circumstances. We must not always ‘talk’. We can sometimes be still. Sometimes listen. 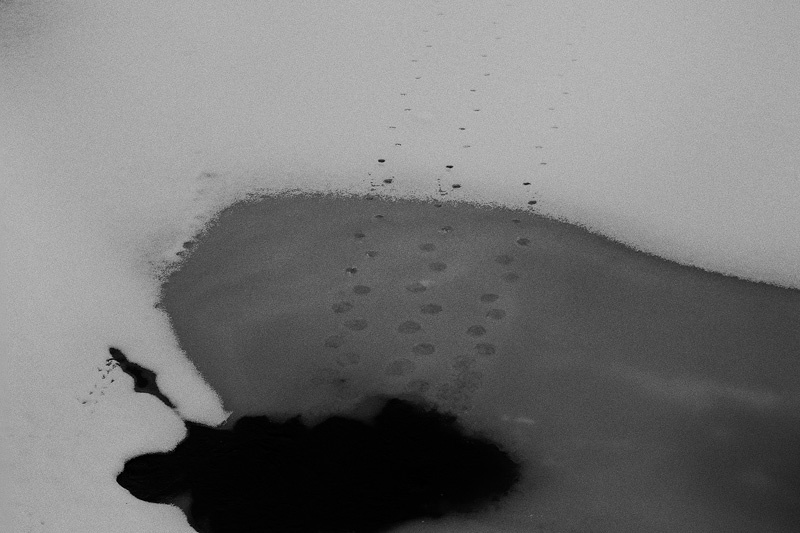 Methods: I prefer to not make preparations other than deciding a direction for walking, often walking the same path over and over again. I rarely think much about seeing/making images when working anymore; I used to be very focused and serious but that just made me prone tunnel vision and less open to the mystery of diverse beauty. Images will come to me when they’re good and ready, I don’t have to chase them. When I’m results-oriented rather than relaxed I just end up making a lot of unnecessary exposures (that is consequentially ignored when it’s time to edit. I don’t mean to come off as sloppy and lazy though; the thing is, I’ve done this for a long time and know exactly what I want and how to get it, I just don’t know what it’s going to look like. So I ask life to show me, and when it does I’ll be present to pick it up. Finally, I’ve found it’s a good idea to not edit the images too soon – I’ll make an early Lightroom edit and give it some time before I make final edits in Photoshop. This saves a lot of time because most of the unnecessary images are disregarded in Lightroom, and then about half of the survivors never make it to the second edit. Working too fast equals working too much; I have to be slightly bored by the images before I can make the best selection – I learned this the hard way. 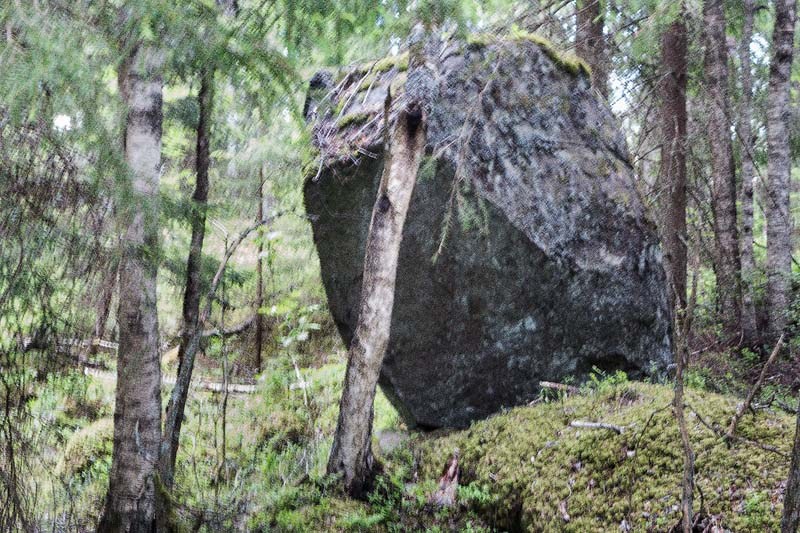 As far as my equipment goes I use a small RX100 (II) that works perfectly well, apart from all those settings that are so (!) easily changed by accident, I’ve had to improve the Sony engineering with some tape.

Influences: I usually mention Giorgio Morandi and Nicolas De Staël as basic influences because anybody who wants to learn about seeing really shouldn’t miss out on them. (Mainly the later years, as far as De Staël goes.) When I toured the Vatican last summer I was mesmerized by a Morandi in the room just next to the Sistine Chapel, and while it had the unfair advantage of not being crowded and depleted by loud tourists it affected me so much more powerfully than the Michelangelo next door did.

I do think that photographers should look to painters, musicians and poets a lot, those art forms are much more mature while photography just recently reached puberty. 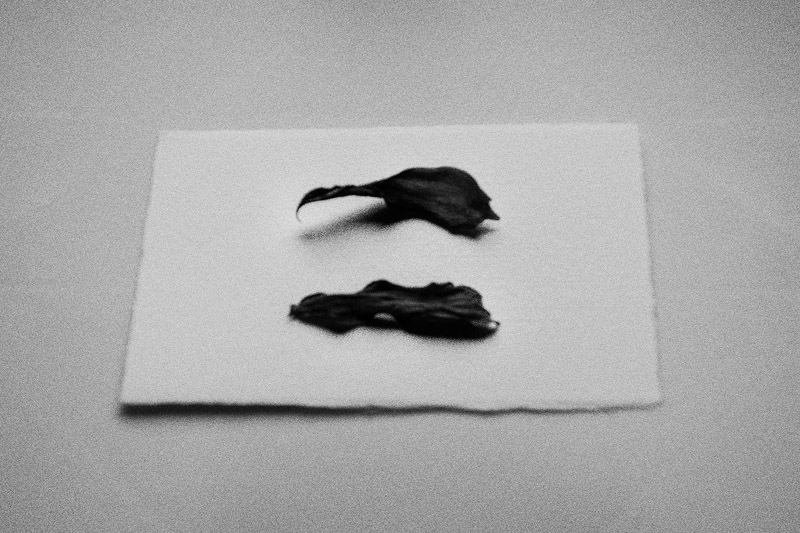 As for photographers, there are a lot of them that I care for, but as far as influence goes… it’s mainly the usual suspects. When I look at my oldest work, it’s (a bit too) influenced by Anders Petersen and Christer Strömholm. Robert Franks “The lines of my hand” comes to mind (it should probably be “The Americans”, but that was not the one that popped into my head and made me feel nostalgic right now). William Eggleston was also an early inspiration, his ruthlessness has been so important to me (and to the photography scene as a whole). Also, the work of Masao Yamamoto has meant a lot to me by the sheer power of poetry. (Japan has a great tradition of poetic art in general, fuelled by presence. And I love those prints by Hiroshige, for example, equally frail and powerful, perfectly balanced.)

And I might mention the book on Robert Irwin, by Lawrence Weschler – “Seeing is forgetting the name of the thing one sees”. It had a profound impact on me and kind of ‘gave me permission’ to finally trust what I’d felt when I first discovered photography – that images are autonomous experiences in their own right and may be treated as such. I’ve also learned a lot from the Swedish art critic Ulf Linde. 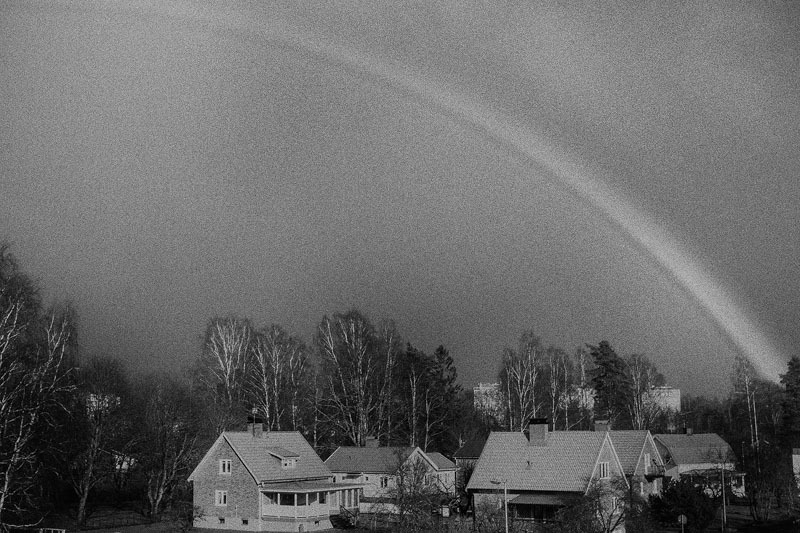 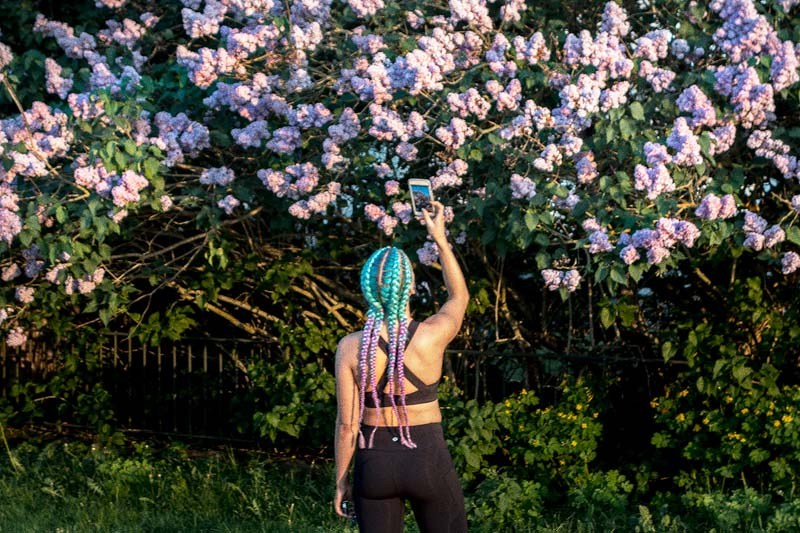 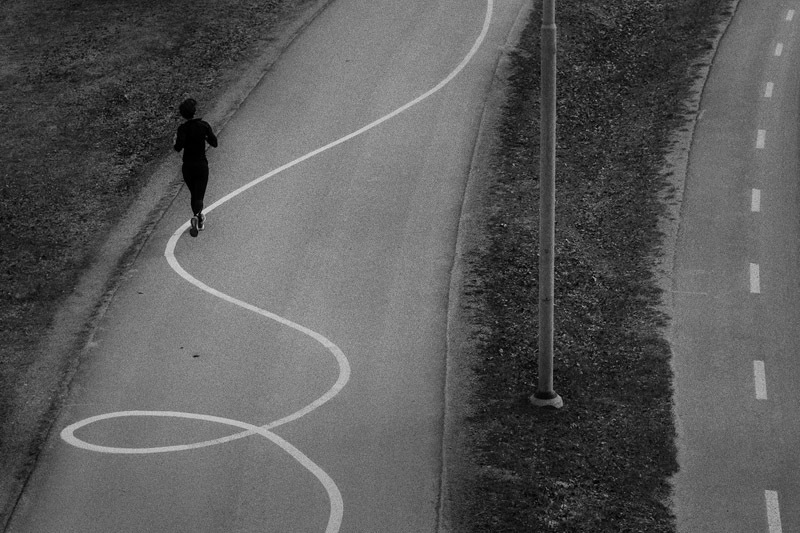 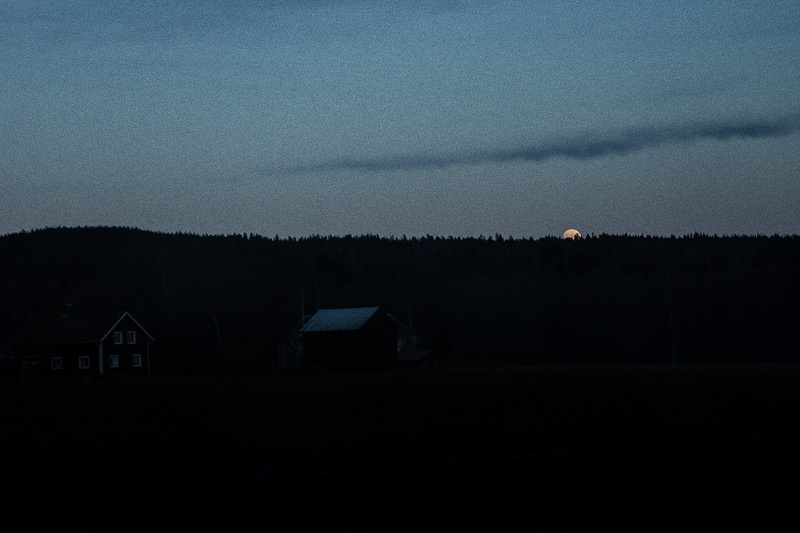