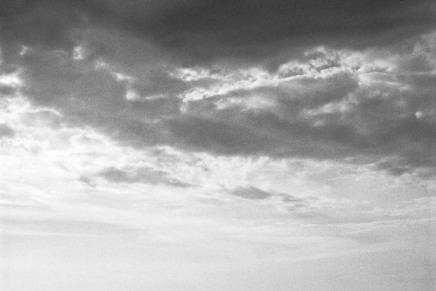 Nacho Rivera is a Spanish photographer, currently based in London. He studied technical architecture at Madrid University. However, his love for photography made him focus thoroughly on it until he decided to work exclusively in this area.

His interest in photography started over 12 years ago, during a trip to Turkey. He discovered a new language to explain his thoughts, worries and motivations.

Nacho is a self-taught photographer, although he has achieved a wider knowledge from some of the most important Spanish photographers through workshops and seminars.

Since 2009, he has worked as a freelance photographer carrying out documentary projects around the world. He also works on portrait assignments, still photography and covers/promo photography for music bands.

This year he has been teaching photography at Lycée Français Charles De Gaulle, London. Currently, he also runs photography workshops in London.

His projects focus on the human behaviour to understand the cultural diversity that makes up our world, trying to send a message of respect to the different ones.

He feels the planet as an open playground where to find common behaviour confirming that the most of us have the same attitudes all over the world. His social conscience has been growing up during her trips. Based on his experiences during these travels, he chooses the subjects of her projects.

Since 2012, he is only using uses analogue cameras (35mm, 6×6 and pinhole) and black and white films. He decided to work this way because it forces him to think twice before taking pictures and it allows him to immerse in the themes. Working with analogue materials transform the photography in a more physical and mental experience.

His work has been displayed in international magazines and exhibited in Spain and Uk. This is an extract of his latest exhibitions:

The pictures displayed are from two different series. These projects have been carried out during the last four years.

The first 10 photos (except the featured image at top) belong to the “PURE”.

There is a different road to travel through the life, a quieter one, more beautiful than the racing one which we have taken in our crowded cities.

When it seems we forget to observe the world relaxing, no rushing, no stressing, other people show us with their looks that there is another way of life.

This documentary project has been carried out in countries of South West Asia during 3 years, with a medium format analogue camera and black and white films.

“I decided to work this way thinking as the best option to capture the leisurely life of this people, taking pictures patiently, approaching to them as the same way as their way of life.”

The second one is called “TALES”. This project shows little stories of anonymous people around the world.

The photography is linked intimately with the imagination and the mystery. Writing the script of their lives depends on you.

Outside the photography, his influences are focused on music and films. The visual and narrative power of classic bands such as Depeche Mode or The Beatles and the imagination of film directors such as Stanley Kubrick or David Lynch, give him inspiration.